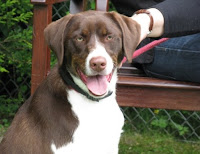 Ruby-rose
We went over to see her again twice this weekend. Saturday we had to meet with the behaviourist and she quickly got used to us again. We're sure the only reason she was so nervous before was because she was waiting to go back home - bless her.

We were with her about an hour and gave her a new toy which she promptly "killed". She was soon coming to us without the bribe of a treat. We had a while with her on our own and she was very good, she knows sit and down and does respond well when you correct her. She is only 1 so plenty of time to learn stuff.
Sunday when we went back she recognised us straight away and we had quite a while with her on our own. We have decided to call her Ruby-rose, and she did begin to turn when we called "Ruby". 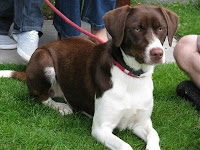 She finally comes home Tuesday 30th, which will be quite an exciting day because.......
DS has completed his college course - we are so relieved and pleased that he stuck it out after such a horrid experience. Tuesday 30th is his certificate day so DH is going with him to college for the presentation. On the way home they will go to get Ruby. I'm not sure how I'll manage to work that day.
I don't have much more news this week - here's the main highlights:

It's our 20th Wedding Anniversary on Wednesday so DH and I are off to Devon for the weekend. Our fist holiday was at the Torrs Hotel in Lynmouth. We stayed there again for the second part of our honeymoon (same room) and we're going again for our 20th (same room too). We're really looking forward to going back - even the journey in the Friday traffic seems like an adventure LOL. 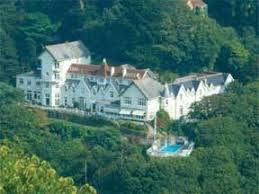 Quite a few people have signed up for the JA Mail Art Exchange and the JA Hardanger Tutorial SAL. It will be fun to do these. As soon as everyone has bought their charts I will be able to update the charity donation total on Aimetu's Stitchery.

I missed the JA UFO Night last week and I think I'll be missing again this as I have some gifts that need finishing urgently. It's actually getting quite busy towards the end of the school year as we have so many people retiring or leaving - I will be out nearly every night for a week the last week of term - blow the diet LOL

Thank you for visiting Aimetu's Stitching - I love reading your comments, thank you for sharing your thoughts, they are very much appreciated, thank you x

Clare-Aimetu
I live in the UK and have been crafting for over 25 years.